From the “You Can’t Be Serious” department: I have found an album cover that has a creepy resemblance to the Dead Kennedy’s Frankenchrist album. 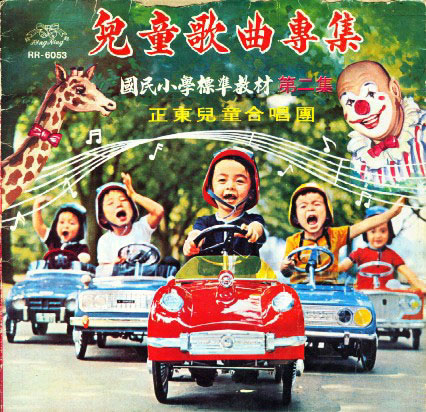 I imagine the album designers had every intention of making this a fun record. I may not understand the language of the album, but I see children riding toy cars, a clown and a giraffe. How can that not be fun?

Well, you have to be me, you see, and have my point of view. I had, in my sordid past, been into a number of musical genres, including punk rock. Years after Sid Vicious announced the “death” of punk rock back in 1979 (it had barely gotten started, but admittedly had a limited artistic range), the Dead Kennedys from California had the following album cover for the 1985 album, Frankenchrist (see right): 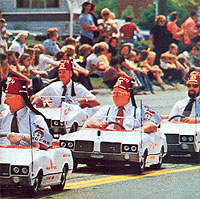 Yes, indeedee…  All  them be’s middle-aged dudes driving  toy sedans. I would imagine the children above who seem to wield lighter sports cars and crash helmets can now have a race against those fez-toting Freemasons, and see who really rules the toy car circuit. I don’t think those Shriners will give up their toy car dominance without a fight, what do you think?

Those kids look threatening. They look like they are ready to wup some Freemason ass.