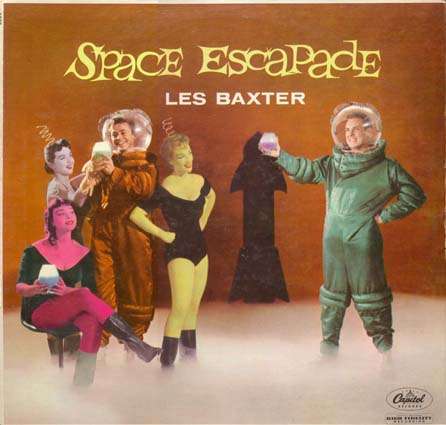 This album cover, like most space album covers we will be seeing, remind me of a DEVO album. This one is just DEVO with chicks. The chicks are obviously playing the aliens. They have little antennas sticking out of their heads, and seem to have no need for oxygen helmets.They all have different coloured skin.

Those male astronauts will be sorely disappointed when they find out that if they are of different species, then they probably can’t mate with them. You know, it’s because of, you know …. YOU KNOW!!!….. plumbing issues. Either the space chicks will have one hole too many or one hole not enough. You know how it is. It’s the part on Star Trek that they never talk about. 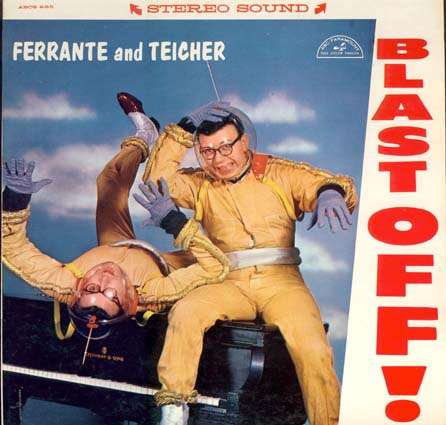 People familiar with classical music need almost no introduction to Arthur Ferrante and Louis Teicher. Both are classical pop pianists who had been going strong for five decades with over 80 albums to their credit. This album, like the Les Baxter album was released in 1958.

What was so special about 1958? In January, Sputnik fell out of orbit, and the first-ever American satellite, the Explorer, was launched. It was also the same year that Canada’s Avro Arrow made its first flight. There was a frenzied rush toward space exploration, and the arms race was born between the USA and the USSR.

This then captures the imagination of many musicians and artists, and these folks were of no exception.

Ferrante and Teicher have space suits too. Our friends here seem to be monitoring the effect of zero gravity on the wearing of kid gloves and spats. 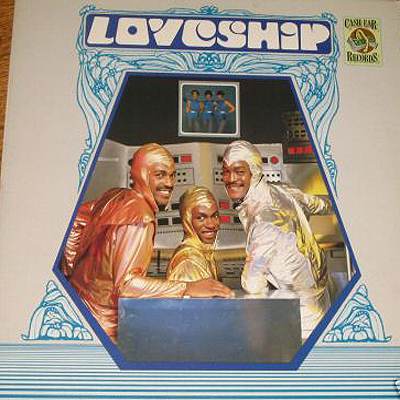 This 1982 self-titled LP by the funk/soul group Loveship. Are they on a real spaceship? In that era, they could be at a disco. Perhaps they are at a disco on a spaceship. Frig it, it’s all in your head anyway, right? So just buy this record and forget about it. There doesn’t look like there will be any three-holed alien chicks where they’re going. 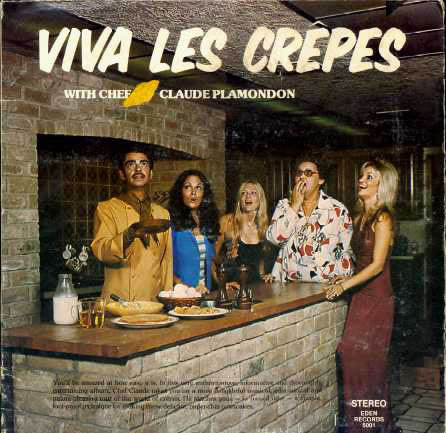 I could never get worked up about crepes. Crepes are these overly-thin pastries that, if you pour syrup on them, you mostly taste the syrup. But, you know, some guys who have the knack for making a good crepe can not only please customers, but if he plays his cards right, he can be a hit with the ladies.

Just look at Claude Plamondon over here. All the ladies stare transfixed as Claude tosses a crepe high in the air. Hey, some guys have it, some don’t.

I don’t understand how Claude can fill a record album with the making of crepes, but then, hey, I’m not a chef.

Plamondon currently resides in the small town of Roxton Pond, 40 miles east of Montreal as the crow flies, but south of the St. Lawrence River. 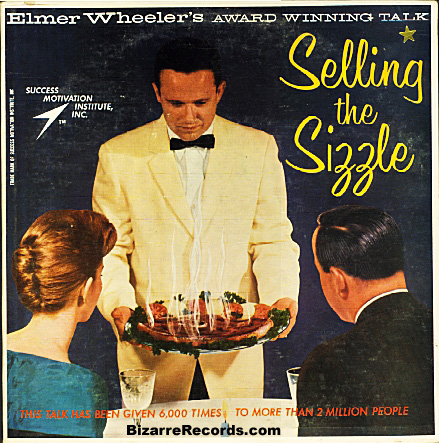 Look at this nice steak. If Elmer Wheeler originated the concept of “selling the sizzle”, then this must have been one of the first recordings of that idea. Since then, if you hadn’t heard of Wheeler, you may have heard of the phrase, since it is now quite often quoted in business circles.

I am not sure whether the clients, who have their backs to us, are going to eat it or just stare at it. And if the steak is in fact sizzling as much as the retouched photo suggests, isn’t the waiter going to burn his hands at some point? Wouldn’t they be burning already?