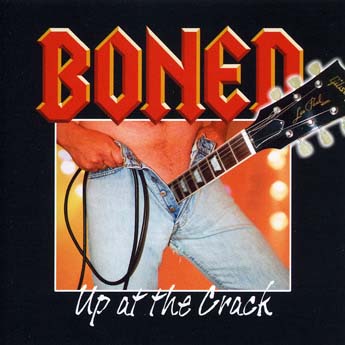 I don’t particularly wish to discuss heavy metal album covers all that much. They are meant to be ugly, disturbing, and sometimes even hard to look at. It goes with the territory, and the fans expect it and want it. However, the AC/DC tribute band “Boned” produced a 2005 album cover that pushes the boundaries of artful dissonance clearly into the realm of good old-fashioned bad taste. In the heavy metal arena, you have to work pretty damned hard to make a cover that doesn’t merely disturb and annoy; it just sucks.

But being disgusting is not without its rock-and roll history. Jim Morrisson of The Doors fame showed his willy at several concerts and got arrested for it. Ozzy Osbourne and Alice Cooper were biting heads off small animals at one time. The audience wanted it, they delivered. 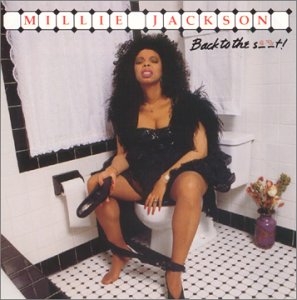 Ever notice that on some of the best paintings in classical art, how we can never tell if the woman is smiling or frowning? In this album (see right) we can’t be sure if the expression on Millie Jackson’s face is one of pleasure or pain. Does this qualify the album cover for display in The Louvre?

Millie is no relation to “that other” Jackson clan (as far as I was able to tell), but for a while I had her confused with La Toya Jackson, whom some people referred to as “La Toilet” Jackson. I thought they were referring to this ghastly album cover, but I was thinking of the wrong Jackson.

Notice how, in this album cover, the bathroom decor, the hairdo, and the clothes she is wearing do nothing to rescue the photo from its overall repulsiveness. Not sure at all why she is holding a shoe in her hand. Maybe she was about to throw it at the photographer, who is obviously too obsessed and won’t leave her alone to do her business in private. Track titles include “Muffle that fart” and “Love Stinks” (a cover of the J Geils hit).

Millie Jackson has appeared in a video singing alongside Elton John (see below) for a 1985 single “An Act of War”. 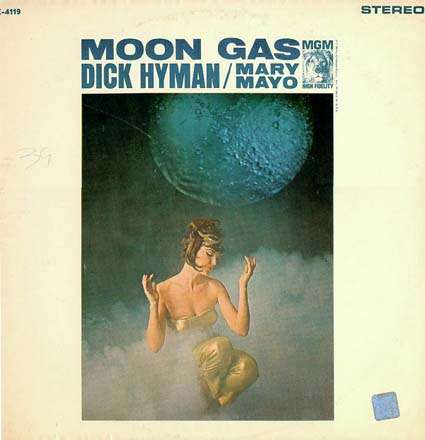 And I nearly forgot to include Jazz legend Dick Hyman’s album Moon Gas in this post. I can relate to this title. I get something that can be called “Moon Gas” whenever I eat baked beans.

The album was likely made before the first Apollo landing, since we now know the moon has no gas at all. But perhaps he had in mind what I had in mind. Who knows? So, is this poor lady sitting in her own gas, or is she having to endure someone else’s?

But in any event, I would be clearly remiss to leave this out of the bodily functions category.

Hyman has been going strong since the 1940s, and has over 50 albums to his credit. Allmusic.com indicates that this album has been re-released in 2003, and I could not find an indication of the original date of release.