You Should Be Dancing was the first serious disco hit for the Bee Gees in 1976, a year before Saturday Night Fever. The song later made it on the soundtrack as well, although it was not played on the film. Neither was Jive Talking.  It used the signature falsetto that was found in many of their subsequent hits throughout the 70s and 80s.

I like the rock drums and guitar on this tune, since it makes it rise above the plasticity and superficiality of all disco that came later (by nearly everyone including the Bee Gees). This song was culled from their mid-seventies comeback period, where many of my favourite Bee Gees tunes reside. I am not all that fond of their music before or after, but Jive Talkin’, Nights on Broadway, Fanny, and  You Should be Dancing are my all-time Bee Gees favourites. All of these hits occured in a short period between 1975 and 1976.

Bee Gees – You Should be Dancing: 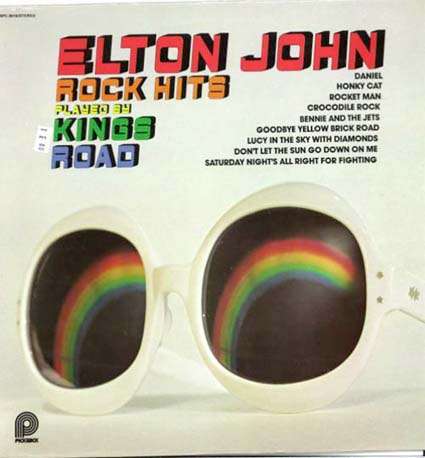 There are enough albums by imitation and tribute groups to fill the Grand Canyon. Like all of the groups in this post, there is no information on King’s Road, or the album.

But has anyone ever had the bad luck of buying a record you thought was by someone you like, which ends up being done by a bunch of third-tier imitators? I haven’t had it happen to me yet, but I live in fear of it happening one day. Once you get a record like this, they are hard to get rid of. At least King’s Road had the decency to put their name in relatively large type. Other such albums are not so nice. In some cases, the artist’s name is almost microscopic compared to the artist whose songs they are playing. 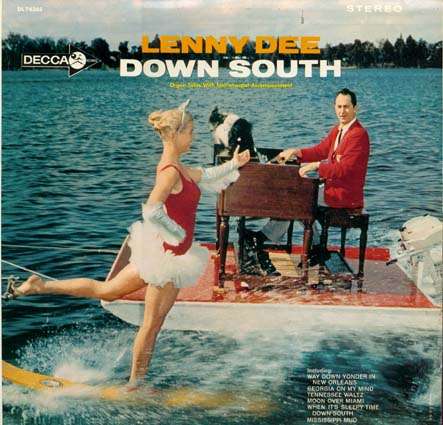 This kind of cover makes me think. It makes me think, how can Lenny Dee play the organ and navigate a raft at the same time? But if I look closely, I can see that he is tethered to a boat in front, like the lady in the foreground. I wonder if they both get to jump a ramp?

No info on the record, but allmusic gives info on Lenny Dee. Dee was signed with Decca from about 1955 to 1970, so this album, “Down South”, falls in that range. As you can tell, he is an organist who played mostly standards in an easy listening format. It is likely that this record didn’t chart at all, and is the reason it isn’t listed. 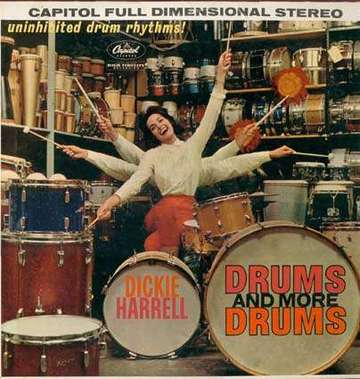 It is rather amazing to see yet another woman with multiple arms (see installment #10). Where are they finding these women? What are they like in bed? Who tailors her shirt? How does she get up to put on her shirt in the morning? Do people stare at her in the bus?

Well, as long as they let her play with the drum kit, she doesn’t seem to mind.

It turns out that some information exists on drummer Dickie Harrell. He originally played in the ’50s for Gene Vincent’s rockabilly band The Blue Caps (remember the controversial song “Be bop-a-lula”?). “Drums and More Drums” was released in 1962, according to a fan site. 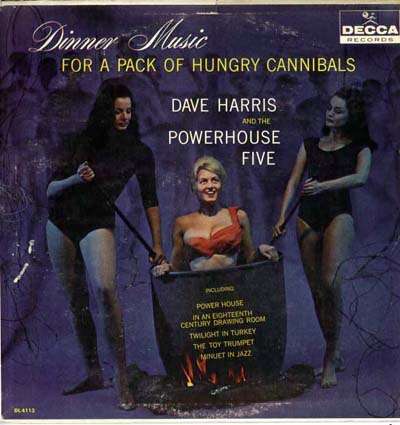 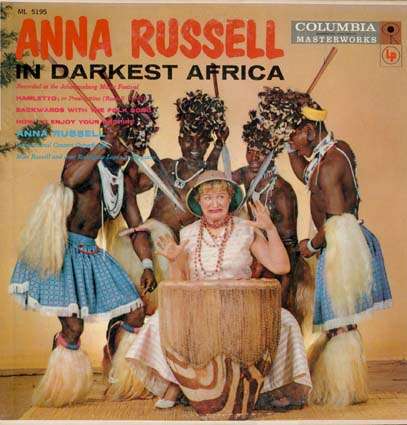 Notice also the kinds of loincloths the natives are wearing. They look like Scottish kilts without the tartan; cut instead from maybe a tablecloth. Anna Russell, who died in 2006, was a vocalist and comedienne, whom we can’t be sure if her birthplace is London, England or London, Ontario. 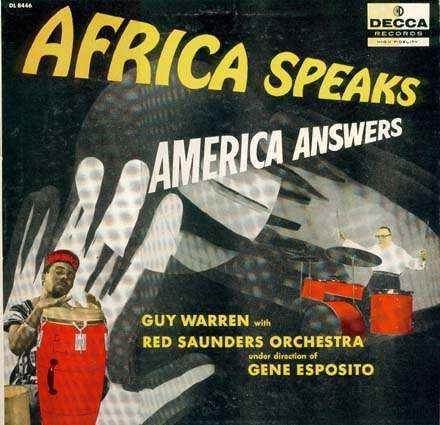 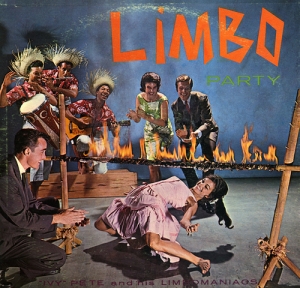