If Operating Systems Were Airlines is a popular article that predates the web, and was first seen in Usenet in the 1980s. Over time, it has undergone several revisions all over the internet. Here is a compilation as far as I can do. Most of this is sourced from webaugur.com. But there has been other OSes added from elsewhere. Illustrations and logos are from random places about the web.

Everybody pushes the airplane until it glides, then they jump on and let the plane coast until it hits the ground again, then they push again jump on again, and so on.

The terminal is almost empty, with only a few prospective passengers milling about. The announcer says that their flight has just departed, wishes them a good flight, though there are no planes on the runway. Airline personnel walk around, apologising profusely to customers in hushed voices, pointing from time to time to the sleek, powerful jets outside the terminal on the field. They tell each passenger how good the real flight will be on these new jets and how much safer it will be than Windows Airlines, but that they will have to wait a little longer for the technicians to finish the flight systems.

Once they finally finished you’re offered a flight at reduced cost.  To board the plane, you have your ticket stamped ten different times by standing in ten different lines. Then you fill our a form showing where you want to sit and whether the plane should look and feel like an ocean liner, a passenger train or a bus. If you succeed in getting on the plane and the plane succeeds in taking off the ground, you have a wonderful trip…except for the time when the rudder and flaps get frozen in position, in which case you will just have time to say your prayers and get in crash position.

The terminal is pretty and colorful, with friendly stewards, easy baggage check and boarding, and a smooth take-off.  After about 10 minutes in the air, the plane explodes with no warning whatsoever.

Just like Windows Air, but costs more, uses much bigger planes, and takes out all the other aircraft within a 40-mile radius when it explodes.

All the stewards, stewardesses, captains, baggage handlers, and ticket agents look the same, act the same, and talk the same. Every time you ask questions about details, you are told you don’t need to know, don’t want to know, and would you please return to your seat and watch the movie.

Each passenger brings a piece of the airplane and a box of tools to the airport. They gather on the tarmac, arguing constantly about what kind of plane they want to build and how to put it together. Eventually, they build several different aircraft, but give them all the same name. Some passengers actually reach their destinations. All passengers believe they got there.

You enter a white terminal, and all you can see is a woman sitting in the corner behind a white desk, you walk up to get your ticket. She smiles and says “Welcome to OS X Air, please allow us to take your picture”, at which point a camera in the wall you didn’t notice before takes your picture. “Thank you, here is your ticket” You are handed a minimalistic ticket with your picture at the top, it already has all of your information. A door opens to your right and you walk through. You enter a wide open space with one seat in the middle, you sit, listen to music and watch movies until the end of the flight. You never see any of the other passengers. You land, get off, and you say to yourself “wow, that was really nice, but I feel like something was missing”

The airline has bought ancient DC-3s, arguably the best and safest planes that ever flew, and painted “747” on their tails to make them look as if they are fast. The flight attendants, of course, attend to your every need, though the drinks cost $15 a pop. Stupid questions cost $230 per hour, unless you have SupportLine, which requires a first class ticket and membership in the frequent flyer club. Then they cost $500, but your accounting department can call it overhead.

After buying your ticket 18 months in advance, you finally get to board the plane. Upon boarding the plane you are asked your name. After 6 times, the crew member recognizes your name and then you are allowed to take your seat. As you are getting ready to take your seat, the steward announces that you have to repeat the boarding process because they are out of room and need to recount to make sure they can take more passengers.

The passengers all gather in the hanger, watching hundreds of technicians check the flight systems on this immense, luxury aircraft. This plane has at least 10 engines and seats over 1,000 passengers. All the passengers scramble aboard, as do the necessary complement of 200 technicians. The pilot takes his place up in the glass cockpit. He guns the engines, only to realise that the plane is too big to get through the hangar doors.

You have to pay for the tickets, but they’re half the price of Windows Air, and if you are an aircraft mechanic you can probably ride for free. It only takes 15 minutes to get to the airport and you are chauferred there in a limozine. BeOS Air only has limited types of planes that only only hold new luggage. All planes are single seaters and the model names all start with an “F” (F-14, F-15, F-16, F-18, etc.). The plane will fly you to your destination on autopilot in half the time of other Airways or you can fly the plane yourself. There are limited destinations, but they are only places you’d want to go to anyway. You tell all your friends how great BeOS Air is and all they say is “What do you mean I can’t bring all my old baggage with me?”

You turn up at the airport,which is under contract to only allow XP Air planes. All the aircraft are identical, brightly coloured and three times as big as they need to be. The signs are huge and all point the same way. Whichever way you go, someone pops up dressed in a cloak and pointed hat insisting you follow him. Your luggage and clothes are taken off you and replaced with an XP Air suit and suitcase identical to everyone around you as this is included in the exorbitant ticket cost. The aircraft will not take off until you have signed a contract. The inflight entertainment promised turns out to be the same Mickey Mouse cartoon repeated over and over again. You have to phone your travel agent before you can have a meal or drink. You are searched regularly throughout the flight. If you go to the toilet twice or more you get charged for a new ticket. No matter what destination you booked you will always end up crash landing at Whistler in B. C. 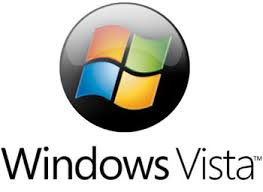 You enter a good looking terminal with the largest planes you have ever seen. Every 10 feet a security officer appears and asks you if you are “sure” you want to continue walking to your plane and if you would like to cancel. Not sure what cancel would do, you continue walking and ask the agent at the desk why the planes are so big. After the security officer making sure you want to ask the question and you want to hear the answer, the agent replies that they are bigger because it makes customers feel better, but the planes are designed to fly twice as slow. Adding the size helped achieve the slow fly goal.

Once on the plane, every passenger has to be asked individually by the flight attendants if they are sure they want to take this flight. Then it is company policy that the captain asks the passengers collectively the same thing. After answering yes to so many questions, you are punched in the face by some stranger who when he asked “Are you sure you want me to punch you in the face? Cancel or Allow?” you instinctively say “Allow”.

You arrive at your destination wishing you had used your reward miles with XP airlines rather than trying out this new carrier. A close friend, after hearing your story, mentions that Linux Air is a much better alternative and helps. Disgruntled employees of all the other OS airlines decide to start their own airline. They build the planes, ticket counters, and pave the runways themselves. They charge a small fee to cover the cost of printing the ticket, but you can also download and print the ticket yourself. When you board the plane, you are given a seat, four bolts, a wrench and a copy of the seat-HOWTO.html. Once settled, the fully adjustable seat is very comfortable, the plane leaves and arrives on time without a single problem, the in-flight meal is wonderful. You try to tell customers of the other airlines about the great trip, but all they can say is, “You had to do what with the seat?”

Today, I have made a discovery. If you want to bring Windows 7 Home Edition to its knees,  all you need to do on your laptop is plug in a 2 GB SD card into the SD slot. Every time I have done this, I have either gotten the well-known “green bar of death”, or the shutdown process would take forever. In many cases, the Windows Explorer window would freeze, or Cygwin (for W7) would not take system commands such as “cd” or “ls” on any directory. Then I could not exit Cygwin. In this case, I was merely running the shell.

Another time, I opened Windows Explorer to view the contents of the SD drive, and this time, I got a green bar once more. But it was cancellable. It said it was “computing items”. While I could close the window, the computer would not shut down.

Tell me, why does any operating system need to do anything more than just show me my files when I ask it to?