‘Tis moped season (and motorcycle season I suppose), and the weather has been fair enough that I used my moped for my personal transportation since mid-March (while covered in warm, dry gear of course). It was great. My moped started on the first kick, but I still sent it for a tune-up two weeks ago anyway.

The 1.1 gallon tank has a range of about 150 kilometers (93 miles), which seems a bit low. This means that my fuel economy is about 85 miles per gallon (it is advertised as 100 mi/gal). This converts to 2.78  L/100 km.  I am suspecting that, because the motorcycle shop recently changed the gearbox oil to something that might not have been to spec.  I used ATF (type F) oil before, and I think these people used something else, which was still OK for two-stroke. They’re a motorcycle shop, and probably have less experience with mopeds. The recommendation from the spec manual, according to Moped Army, is Type A, but I’ve had trouble finding it in Toronto.

A French vid (no words) from Daily Motion.Com. I believe these stunts were totally unintended. I imagine that people get hurt in many of the car scenes, but take a look at how close the pedestrians came to getting killed or seriously injured, instead coming out unscathed.

I refuse to engage in the trend for “hypermiling”. I found a way that beats all of my attempts to squeeze even more mileage out of my BMW: Don’t drive the car. For $1200 I got a used moped, and I expect it to pay for itself within 4 months. 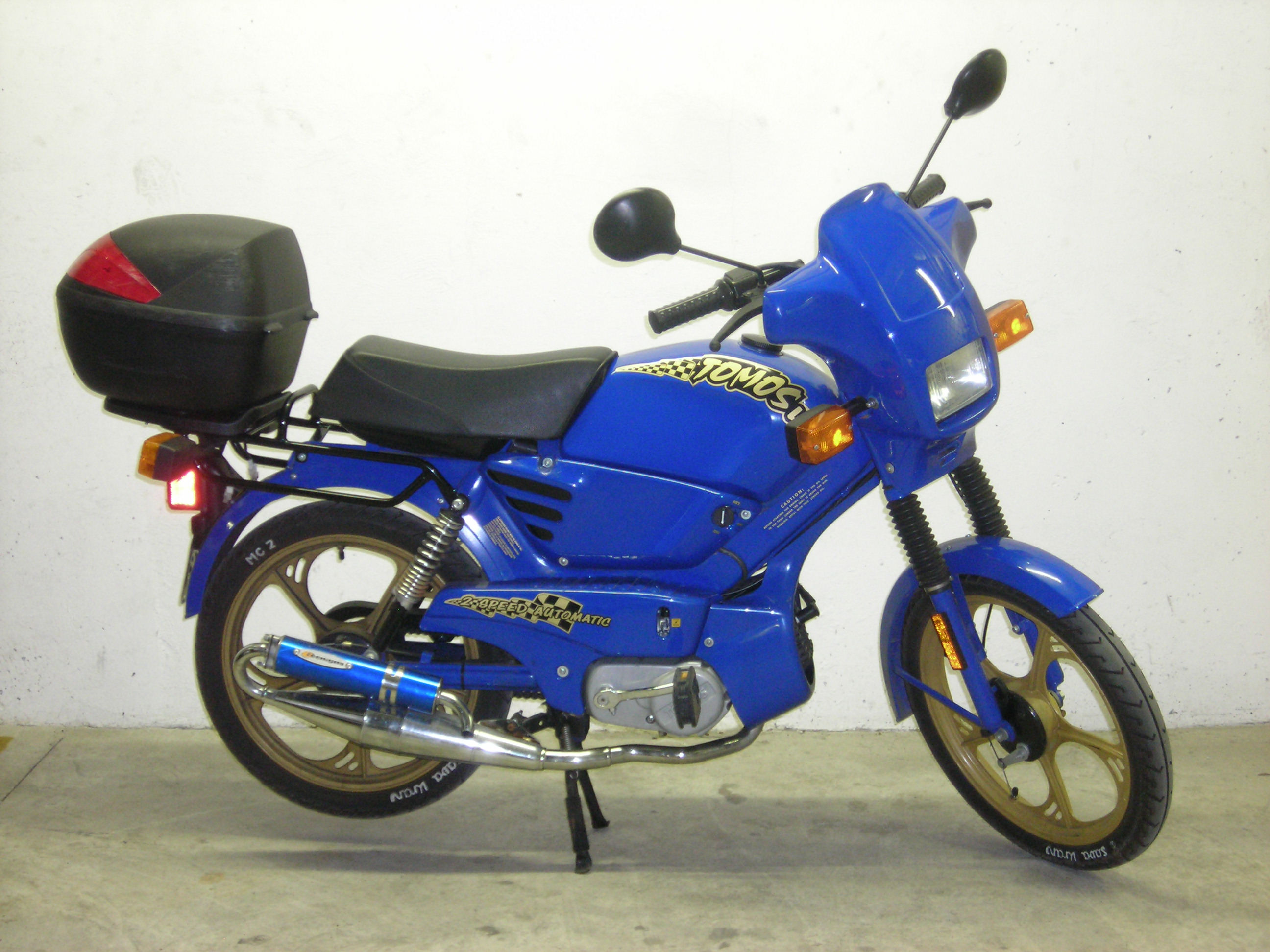 The specs on a website I visited for this bike says that with the reserve tank, it can hold 1.18 gallons of gas (about 4.47 L).

It is a Tomos LX moped, from 2006. And, while my bike does not say “Targa” on it, I have seen identical bikes from American websites and they say “Targa” over the gas tank, while mine says “Tomos”. I am given the impression that the 49 cc engine is standard on all mopeds. My moped had been fitted with an upgraded muffler, but it does not have any adjustments made to the governor. So, my top speed on this bike with me riding on it (I weigh 220 pounds) on level ground would be about 60 km/h (about 38 mi/h).