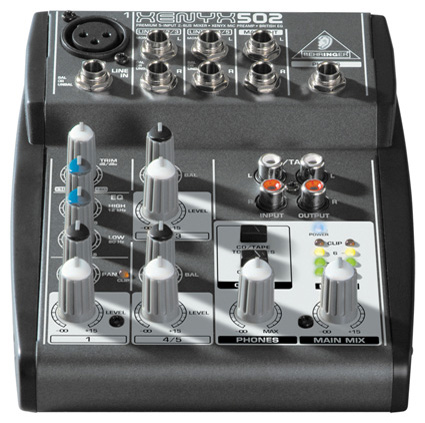 With the levels down so low, my test recording needed post-processing. I used Adobe Audition 1.5. In most of these audio-doctoring softwares, all you need to do is to normalize the levels, so that “0” is the highest your levels should go. Audition had a “Normalize” setting, and of course that also boosted the background and electronic noise, along with my voice.

Now I needed noise reduction. Adobe has a fancy dancy noise reduction interface which is useable for the brave of heart. The main idea is to highlight “silence” (a moment of pure background noise) somewhere on your waveform, in order for Adobe to get a snapshot of the frequencies that need to be attenuated with the noise reduction. When I tried it, the noise was virtually eliminated when there was only noise, especially at the start, but the noise seems to have a reverberation, since if the noise is at the end, it fades in a stepwise fashion. The noise in the middle is reduced substantially, but not enough to compare with other noise reduction that I know about, like Dolby or ANRS. DBX would have been good, if they could have licensed it.

To be fair, I was using Audition 1.5, against the latest version of Audacity. I hear that Audition is somewhere around version 3.0. But I am happy with Audacity, since Adobe charges a pretty penny for its sound editing software.

And part of such a home theatre would consist of a way to hook up the Bravia I bought on sale to the mainboard, which has HDMI on it. My strategy was to enjoy both cable and “free” internet television through either the keyboard or the remote device. So, then there was the TV Tuner card I had to configure. Windows Media Center said that my card “could not be configured in Canada”. I phone the retailer who sold me the card, and indeed they too found to their horror that it could not be configured with Windows Media. I was instructed to send it back and get a replacement.

I think I am an unfortunate victim of “trade barriers”. Perhaps some CRTC regulation is preventing Windows from allowing this card to work, so by law, Windows is telling me that it is a criminal offense to configure my card.

I check out the card, and it is from AverMedia, a comapny based in Taipei, Taiwan. Well, what competition is left in Canada if Chinese-made TV tuner cards are left out? There are a host of brands provided by Happauge (based in Long Island last I heard), but I think that is it for any major brands. Yes, if you’re Canadian, you buy either American or Chinese. Since you can’t buy Chinese, it’s American or nothing. Not that I expect there to be any Canadian brands, but, I am suprised to see a lack of any European brands at the stores I visited.

Maybe it’s nice to hear once in a while that the Chinese are not given too much of an easy ride in our economy. But this time, I got burned by that idea.

My main complaint about the Nspire and Nspire CAS, the need to have some kind of input statement in its programmnig language, looks like it is closer to reality. I just have to fiddle with it some more to see if it can really place data in tables (or now, spreadsheets), and see if I can really do I/O in a running program as was the case for the TI-84 family. To be clear, I am not using the new “touchpad” version of the CAS, I am using the slightly older version, which had the original keyboard.

When I did a test statement

Request "---> ", j
and ran it, the calculator came back with a screen using “–>” as a prompt, and a blank for me to input something. I entered “36”, then the input window disappeared, then the string

--> 36
was output. The input window seems cumbersome.  That could be because I like command line input, and think it has less memory overhead on a device where every byte of RAM is precious.

At any rate, the value is stored in j, and this was proven by doing the multiplication

4j
and I got 144. This was on a calculator whose memory was cleared due to the OS upgrade. The cursor is much more sensitive, and there is a noticeable speed impovement over prior OS versions.

I tried to make a simple program, and got nowhere with the Request statement, when I placed it inside a FOR/END FOR loop in a named program.

Another one. A couple of years ago, this was a Honda Accord commercial, and it caused quite a sensation when it got released. It took over 606 takes and cost over 6 million dollars to make. Any minor misfirings resulted in having to set everything up from scratch, all over again. It was a 2-minute ad spot which was released in the UK in 2006.