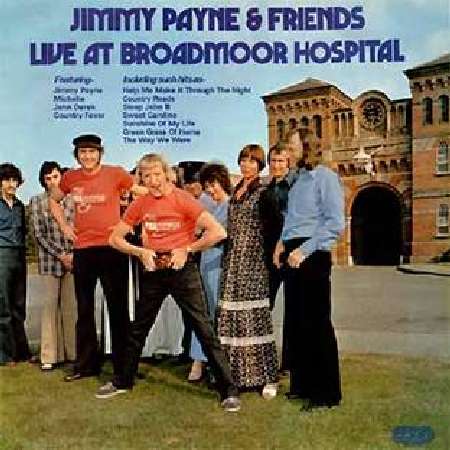 This album was only released in England in 1976, by a Pop/Country musician from Missouri named Jimmy Payne.

Payne wrote hits for the likes of Gary Puckett and the Union Gap (Remember “Woman, Woman”?), Charlie Pride, Glen Campbell, and Tammy Wynette, among others.

He still lives with his wife in Nashville, and he apparently is still recording music. His last CD was released in 2003.

I now have it on good authority that this album was a charity effort. He gave a concert to some high-risk psychiatric patients at Broadmoor, was well received, and gave a chunk of his album proceeds to the cause of mentally handicapped children in England. You would likely be aware that eight years earlier, Johnny Cash had released his album “Live at Folsom Prison”. Payne made his album in the same spirit as Cash. If you want slightly more info, scroll down. 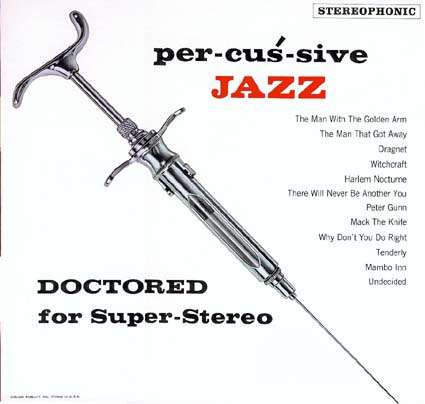 This is the kind of needle used to deliver strong anaesthetic, although I’ve seen something like this used to inject basting juice into the meat of turkeys as they cook.

The visual message here is likely to be that if the syringe doesn’t get you, the music will. 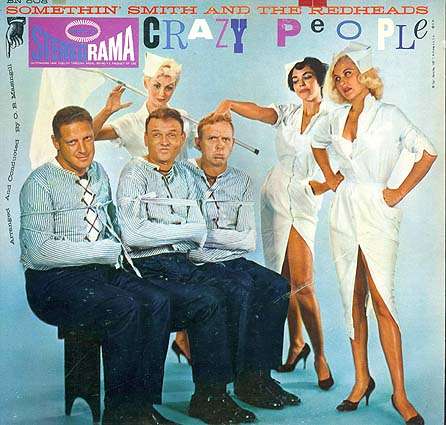 Somethin’ Smith and The Redheads were a vocal group that had their heyday in the 1950s with the song “It’s a Sin To Tell a Lie” (#7 on Billboard), off the album “Crazy People”.

As part of your treatment, you are supposed to let the nurses muss up your hair.

Don’t ask me what the flagpole is about. 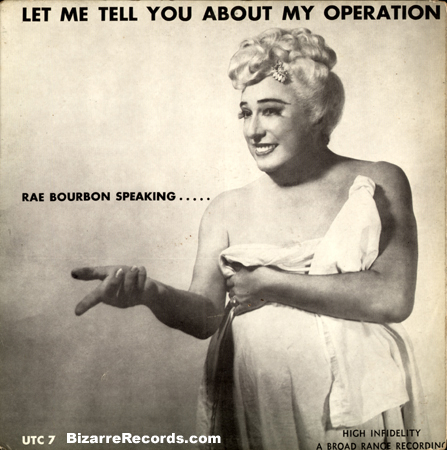 I would imagine that Rae Bourbon (was Ray Bourbon) (1892-1971), who died in prison on charges of murder, has a few stories to tell besides his operation.

Bourbon’s operation was the first sex change operation performed in North America. Newspapers told of the Mexican operation in 1956. Before that, he was a female impersonator, and had appeared in movies with Mae West.