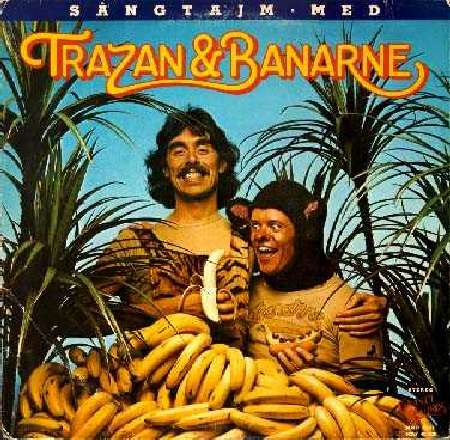 The moment I saw that movie poster for that upcoming film “Step Brothers” (Sony Pictures), my first thought was about that crappy album cover from Trazan and Banarne, from way back.

Members of the Swedish children’s pop music group Electric Banana, Trazan and Banarne had this as the photo for their album cover, self-titled. I’ll spare you the bias involved in a white person’s view of life in an African jungle (there will be other opportunities in this series), but I guess the photo gets across that life in the jungle involves merely swinging from tree to tree and eating bananas. Of course, you have to share your bananas with the local primates, in order to live in harmony with nature. Trazan presents himself as a good citizen of the jungle by sharing his banana with his companion Banarne. Trazan, by the way, and not “Tarzan”, is the proper spelling for the artist here. 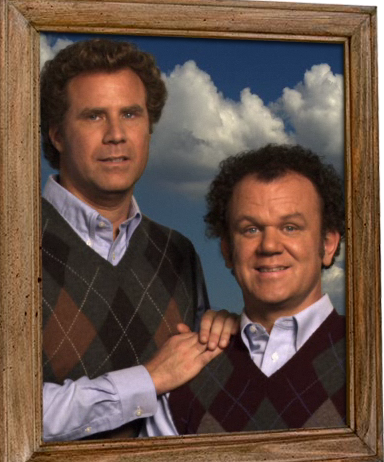 I don’t know why this picture came to my mind when I saw a poster for a soon-to-be released major movie: Step Brothers (Starring Will Ferrell and John Reilly)? I am sure they have nothing to do with each other. I don’t think these guys live in a jungle or anything. They probably don’t wear argyle sweaters in the jungle. I think it’s more to do with that Mutt-and-Jeff groove both pictures have.