If these albums were entered into a cheesiness contest, they would be strong contenders. 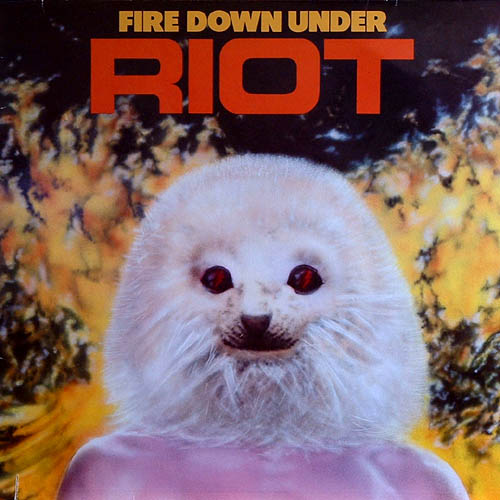 Here are the instructions for making up your own artificial crappy album cover, courtesy of emptees.com, together with my own commentary: 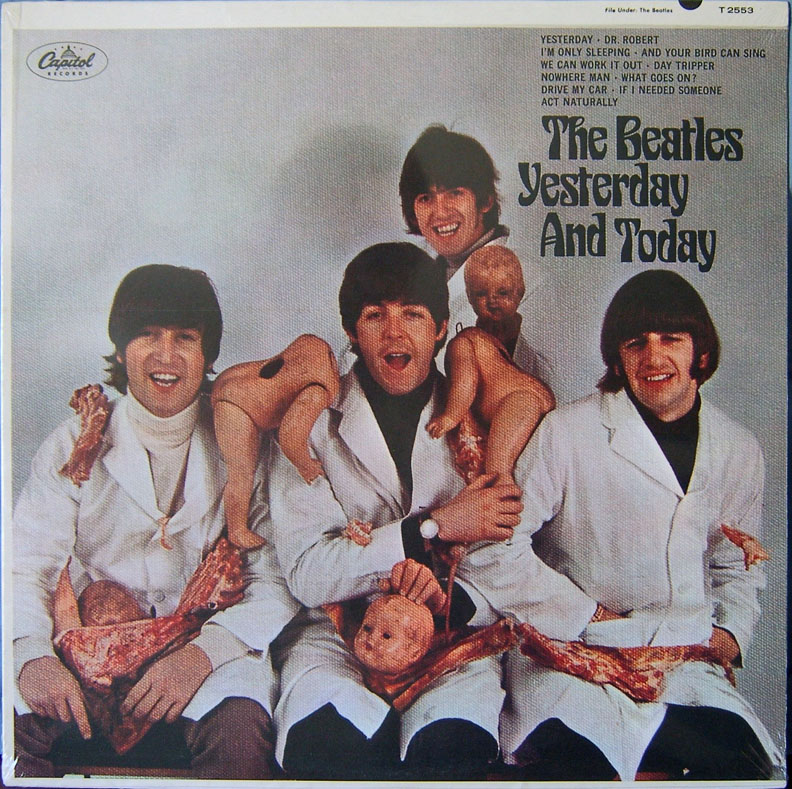 I wish I could say this was a joke. But the 1966 American release of “Yesterday and Today”, which I don’t remember, probably because I only remember the santiized version of this record cover, really did exist. 750,000 of these were released, but most of them had the alternative cover pasted on after the controversy ensued.

So this is how The Meat Puppets got their inspiration. It goes without saying that collectors are reportedly paying at least $40,000 for this album cover, and still more if it is one of the stereo releases.

The Beatles themselves reportedly had mixed reactions. Lennon and McCartney were OK about it, while Harrisson reportely was more retrospect. Personally, I would have left the blood and gore for Ozzy Osbourne and Alice Cooper. I can’t see McCartney biting off the heads of chickens on stage. Not even Lennon. 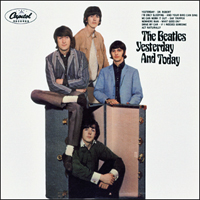 Even after using this sanitized album cover, this album remains as the only money loser for The Beatles that Capitol ever released, despite the hit songs that were on it: “Yesterday”, “We Can Work It Out”, “Nowhere Man” and “Day Tripper”; and despite the fact that it hit #1 on Billboard, and became certified Gold.

This is way off the other end. Clinically sanitized. The Beatles are neither extreme, and that is their whole appeal, in my view. They established their reputation by taking artistic risks while being in full control of their craft. 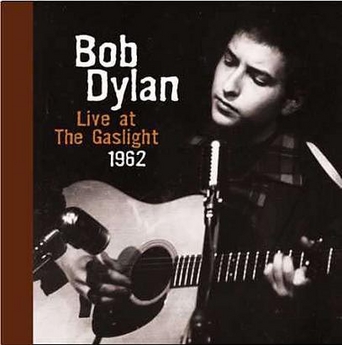 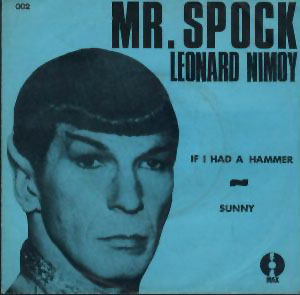 In my last Crappy Albums posting, I seemed to have made a connection between the Santa myth and the legend of Saint Nicholas.

I have read from Wikipedia that Saint Nicholas was born Nicholas of Myra, some time in 300 BC. He has had many miracles attributed to him, and was sanctified later because of this. However, he was known for the use of his inheritance for the giving of gifts to the needy. This connects with the modern myth that “all gifts come from Saint Nick”, because at one time it really was true.

“Santa Claus” is a corruption of the Dutch “Sinterklaas”. Not sure of the connection of what must roughly translate from “Saint Claus” to Saint Nick”. I don’t think anyone I’ve read has attempted this.

And anyway, if Saint Nick is in heaven now, he probably really does know if you’ve been naughty or nice.