Charles Manson covers the Beach Boy’s tune “Cease to Exist”, accompanied by talent from The Manson Family. Not great, but I have heard worse from ’60s music. Is it too bad of a pun to say that this song is likely a “cult favrourite”? The video is all imagery, and not badly done. I hear that the Beach Boys later changed the song title and first line of the lyric to “Cease to resist”. 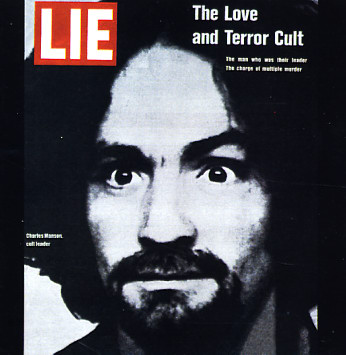 Ok, so I guess that Manson had more than bad hair wrong with him. But nonetheless, Guns ‘n’ Roses and Marilyn Manson have either sampled or covered songs from this record, called “Lie: The Love and Terror Cult”, released in 1970.

There really is a Beach Boys cover on there called “Cease to Exist“. It is probably a nod to a one-time chance meeting which Manson had with Brian Wilson. This song was later covered by The Lemonheads and Redd Kross. As a further asside, the album is being sold on Amazon for about 16 bucks. It is not being placed on discount. They even allow you to sample the tracks and download MP3s for 99 cents a pop (there are 14 tracks, so you save two bucks). 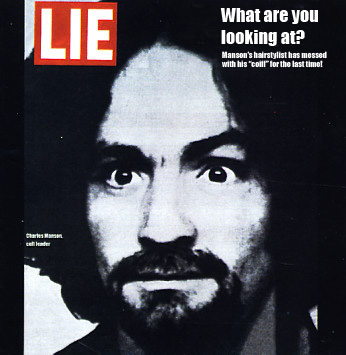 Okay. I’m throwing down the gauntlet. I have decided to be the first to modify this cover for humorous effect, and I call upon other ‘netizens out there in cyberspace to get people to make humorous modifications to this cover.

Even simple modifications like this one, and I am leaning more toward  simple modifications to the album cover, not so much toward “Charles Manson’s Head Pasted On Other People’s Bodies”. For me, that would be too much work (hey, I have a busy life). But anything goes. Is Manson’s look one of paranoid delusion or indigestion? You decide. BTW, for those who can’t read the fine print below “What are you looking at?”, it reads, “Manson’s Hairstylists have messed with his ‘Coiff for the last time”. 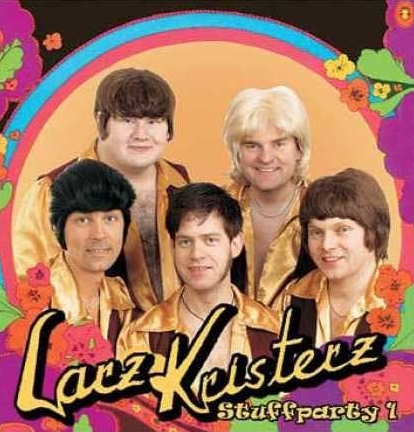 The hair of Larz Kristerz is so bad, I thought of adding another one of their record covers to this blog entry.

“Stuffparty 1”. Can’t say too much about them, but they do grace themselves by making this their second appearance on my blog site. 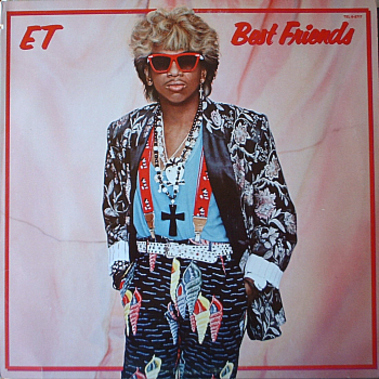 Townes was in retrospect a one-hit wonder, although the title track might have only been big on the dance charts, since it doesn’t appear that the song “Best Friends” charted in North America, either going by Billboard or by RPM (Canada).

I will have nightmares about this guy’s hair. But he deserves special mention also for choices of clothing. What we really need is something like a “Velvet Jones” award (recalling Eddie Murphy’s character when he played on Saturday Night Live) for people who dress like they slapped together whatever they found in a dumpster and hoped it would amount to something.