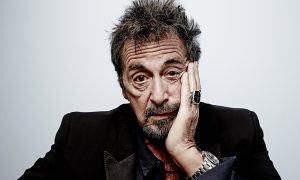 Al Pacino, actor in Dog Day Afternoon, Scarface, and all of The Godfather parts, had faced alcoholism once, but swore it off due to a healthy support network of people around him. In the Godfather, Pacino’s character Michael Corleone famously said something like “Keep your friends close, but your enemies closer”. That might work in the movies, but the way to mental health is to stay away from sources of negativity,  such as “enemies”, and stick with your friends. He has been sober since 1977.

Recently deceased David Bowie (1947-2016) has been much written about in recent weeks, such that it is hard to add anything new. He indeed challenged many things in our culture: ranging from music to fashion to sexuality. Another former alcoholic who quit more than 20 years ago, attributed his staying sober to positive relationships later in life.