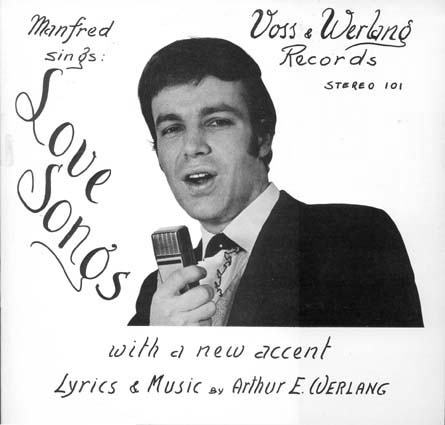 We have to be fair here. These albums are definitely as low-budget as you can get, and it wouldn’t surprise me if  the photo of “Manfred” was scotch-taped on the cover, and the lettering was hand drawn directly on to the cover.

As is true of all of the albums in today’s entry, this album is very likely from back in the days when cutting and pasting was an act that involved xacto blades and glue, rather than a computer and Photoshop.

I just worry that our hero Manfred is singing these love songs “with a new accent”. His old accent was too obvious, so he had to make up a new one? Is that how that works? 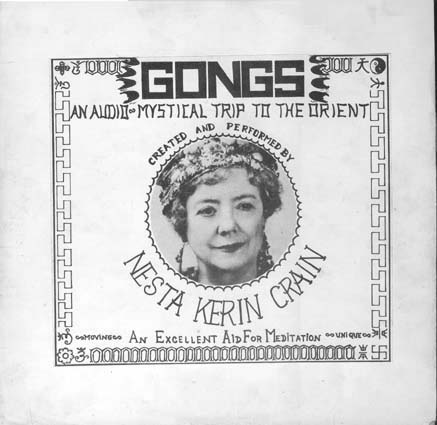 “Gongs: An Audio-Mystical Trip to the Orient”, by Nesta Kerin Crain claims to be “an excellent aid for meditation”. I know of few meditation aids involving gongs that I would call excellent.

This is another scissors and glue effort with more pen work than “Love Songs”.

What’s the swastika doing there in the lower right-hand corner? Creepy.

I now wonder what this album will instill in you as you are meditating while the album is playing.

I also have a certain paranoia about playing records and meditating, outside of all talk about swastikas and other nonsense: what if the record skips? 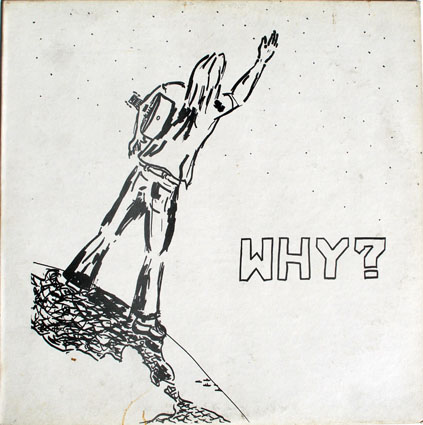 This is by a fellow named Gary Baker, who in 1982, penned an album entitled “Why?” This time, there is no cutting and pasting, just pen and pencil.

Too much is made of this existential question. Much ink has been spilled trying to pursue the meaning of the question, and then trying to formulate an answer.

One essay writer in a university-level Philosophy exam answered it best: “Why not?”

The album is supposedly Christian, but the question and the artwork seems to convey a mood of Elton John’s “If There’s a God In Heaven (then what’s he waiting for?)”, a 1976 song from his Blue Moves album. So, maybe that’s healthy. 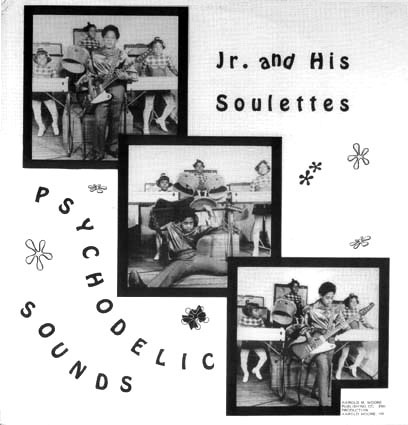 Whenever a title is misspelled, such as “psychodelic”, (should be “psychedelic”) you get the impression that the mistake is intentional, and that Jr. and His Soulettes are merely taking artistic license.

All fine and dandy, and if that is the case then that really changes the meaning of the word. Perhaps the album is more “psycho” and less “delic”. Hard to say.