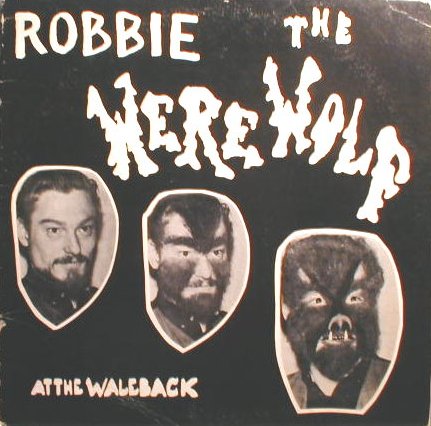 Some of my readers, in particluar the members of the LoudFans mailing list listened to WFMU, at least once, since The Loud Family appeared on there in 2000 or so to be interviewed. They had performed there to promote tracks from their album which had just been released, called Attractive Nuisance.

WFMU also seems to be pretty heavy on this guy: Robbie The Werewolf. Except that this is not a current album. “At The Waleback” was recorded way back in 1964, according to WFMU.

I dispute the claim that this was done in 1964, mostly because of this song: Tiptoe Through the Wolfbane, an obvious send-up to “Tiptoe Through the Tulips”, a folk song made famous by Tiny Tim. Except that Tiny Tim didn’t release his single for another 4 years. But he is ahead of his time in other ways. Back then, the themes he covered were considered sexually explicit, and would not be considered kosher until at least the mid 1970s.

“Tiptoe” is an obvious parody, but if it were released after 1968, it would have had way more impact. The album is considered rare, commanding between $200 and $500. 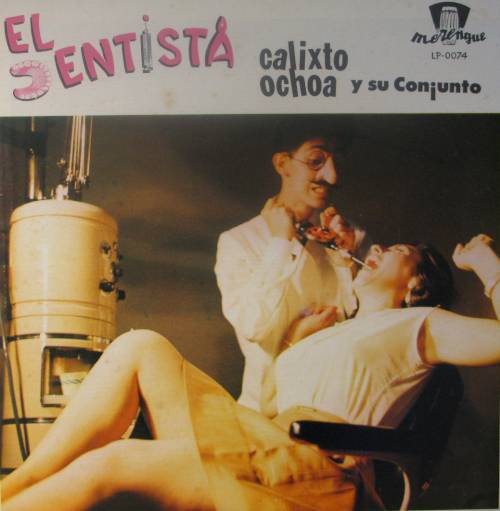 Once again, here is a foreign-language record, whose album cover speaks “scary” in all languages.

Columbian musician Calixto Ochoa released “El Dentista”, a 1962 album that presumably drills down into the heart of Latin music.

I have not heard too much about the author, or, regarding the listenability of the album: “is it safe” to listen to most of the tracks?

This is probably what the dentist is asking the patient in this photo.

I hear that, on the whole, some parts of the album will only hurt a little bit. 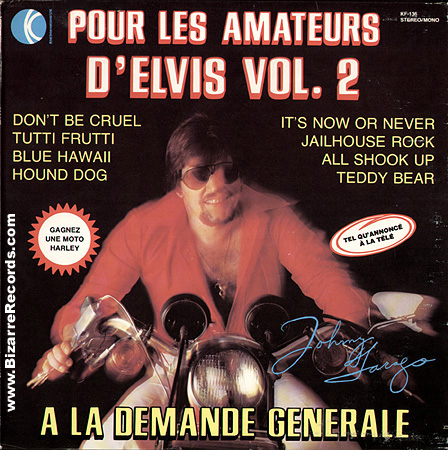 K-Tel International, I have been reminded, is a Canadian company run from its headquarters in Winnipeg, who can be credited for almost single-handedly rescuing Western Canada from its stereotype of rednecks, farmers, and bald, flat prairie.

This is a 1977 K-Tel release, “For Elvis Amateurs Vol. 2, By Popular Demand”, containing songs sung by Quebec singer and Elvis tribute artist Johhny Farago. Could Johnny just shave off his beard so that he looks at least a little more like Elvis? And maybe grow some sideburns or something?