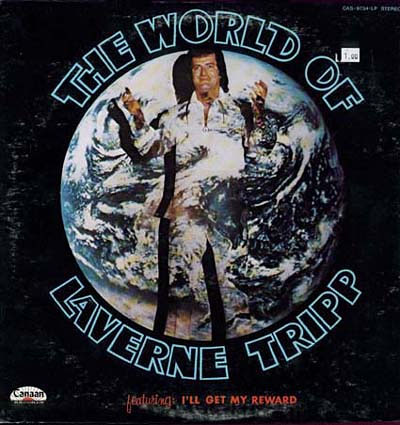 He preaches. He sings. Oh, does he sing! To date he has released 78 full-length albums of his singing.

It also looks like he’s falling. I hardly feel the impression of being “saved” or being “in God’s presence.” I don’t know if it was one of those ’70s attempts to bring God and religion into the Space Age.

Allmusic.com does not list a single one of his 80 or so albums, and does not mention anything about him. Surely, this is because of  the work of Satan.

Tripp still goes on tour around the Southeastern US, and has his own television program on various religious networks and affiliates. 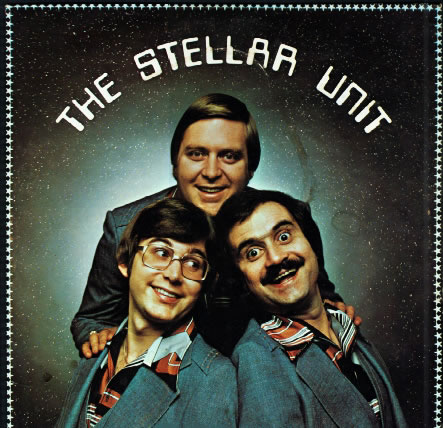 This album is closer to the 1973 listing of the personnel playing in the Jazz group The Stellar Unit. This is either their website, or a fan’s shrine page. I can’t tell.

I think the story kind of goes like this: They were playing in local pizza parlours in Houston, when some guy said, “they sure sound like a stellar unit”.

Curtis Eugene Keen is depicted here with his two marionettes — oh, no, hold on — they’re for real. They are Joe Stroud and Neil Hecht. Their latest lineup adds a female — Peggy Kaye, playing the banjo.

So, we have a trumpet, keyboard, fiddle, trombone, banjo as possible instruments, along with two vocalists (Keen also sings). They play various jazz standardsin the southern US. I am not aware of them being played elsewhere. In fact, I am not aware of any other albums by them. 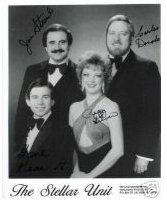 This 8×10 autographed photo of The Stellar Unit was listed on E-Bay for $3.99. “Shipping and Handling” (whatever that means for an autographed photo) brings the cost up to 10 bucks. I think the seller just wants ten bucks.

I would suppose that they are not sufficiently obscure enough for their paraphanelia to garner high prices. 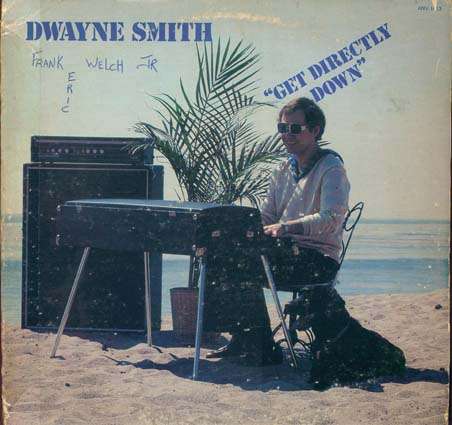 This next offering is from a supposed Elton John imitator named Dwayne Smith.

It is hard to get the feeling that you are going to make this album the cornerstone of your dance party with a title like “Get Directly Down”.

It is not known who he is or what he does these days. He could get confused with Jazz bassist Dwayne “Smitty” Smith, until you compare the photos.