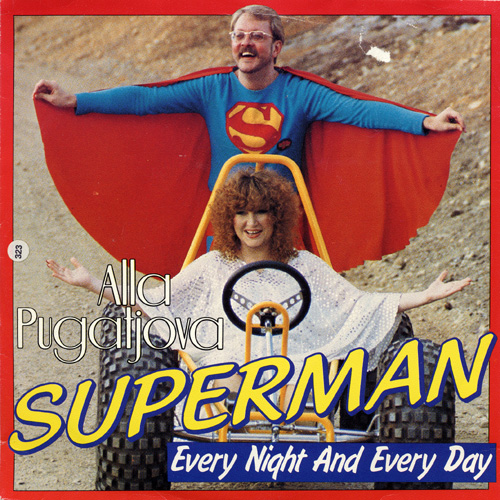 Alla Pugatjova (also spelled Alla Pugacheva) is legendary female vocalist from the former Soviet Union whose career goes all the way back to the mid-1960s. “Every Night and Every Day” and “Superman” are two tracks that seem to come from her 1985 album, “Watch Out!”, an album which appears to be in English. So, this is more like the cover for a 45 RPM single, and not an album.

At any rate, the actual album cover was quite tasteful. This one was by contrast cheesy in the extreme. Sometimes I can’t decide where to put certain albums, because clearly there is crossover. I could have grouped it with the Frankenchrist album because of the dune buggy, but I think viagra won out, because of the unnamed dude in the Superman costume. But I have a lot in this category. So many crappy album covers, so little time.

Now that this guy thinks he is Superman, all I can say to Alla is, “be careful what you pray for”. 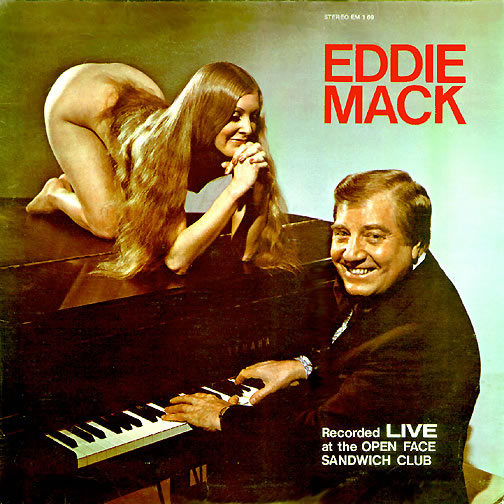 You can never go wrong with albums that sport naked chicks on the cover. Clearly, Eddie is pleased to see her, and she looks pleased to see him. Fine and dandy, but couldn’t he have chose a better title than “Recorded Live at the Open Face Sandwich Club”? Do we really need to be informed that he was playing in a restaurant where people may have only heard him between bites of their steak slices on rye, and were probably chatting throughout his set? Maybe the chick on his piano could control the crowd and tell those wayward patrons to shut the f**k up and let him play.

Eddie Mack had a short career spanning from the late 40s to early 50s. Allmusic lists his genre as “Rock”. Yeah. He looks pretty rockin’ to me. But then, one must be reminded that it was the early ’50s. 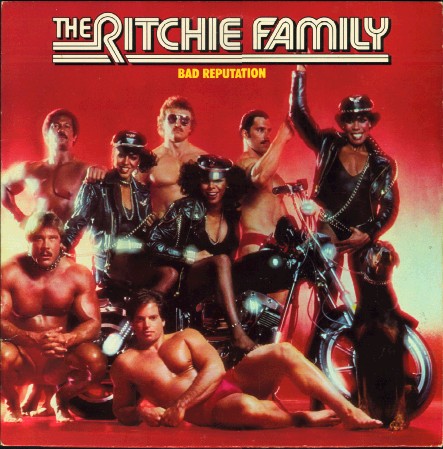 As for chicks getting the guy, the Ritchie Family seem to have no problems going by this album cover. The ladies are the ones in the picture that are fully dressed.

I just worry a little that there is not an even share of guys for the girls. There are 5 guys in the photo for 3 women. That’s one and two-thirds guys for each woman. My theory is that they got one each with two guys acting as “floaters” in case they have one of those “emergencies”. Maybe one of them might get sick. Maybe two of them. I hope the guys wear condoms. 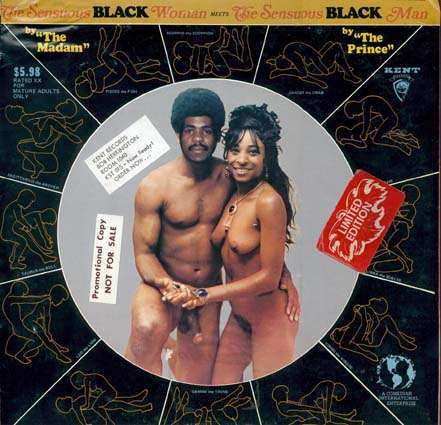 Now we get to see an album where both sexes are in the buff. This is an obscure Various Artists compilation, but it appears from some (unreliable) sources that it was released in 1971. Arranged around their photo like signs of the zodiac are line drawings of people in various sex positions. The title is “The Sensuous Black Woman with The Sensuous Black Man”.

Some advice: premarital sex is only fun until you make the girl pregnant. Then, it’s not cool anymore. The late 60s and early 70s was an era of something called “free sex”, which seems in hindsight not to have been that sensible. Albums like this will tell our kids: “See what we were like? We had all kinds of sex and thought somehow we would never get the girl pregnant.” It’s the magical thinking of teens with adult levels of hormones.